Why Balance is Important in Games 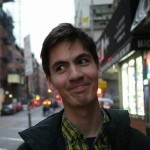 About a week ago I purchased Slay the Spire from developers Mega Crit Games. In that week, I’ve already put in about 30 hours and I just can’t get enough. It’s a deck-building roguelike that has you making your way through several levels of a dungeon, slaying monsters, at the request of a giant whale monster. There are a lot of games in the roguelike genre at the moment, but Slay the Spire stands out among them for me for a simple reason: Balance.

Even though it’s still in early access, the game is excellently balanced. As you make your way through the spire, you collect cards to make your deck better, rest to heal, and come across the occasional mystery event. These events can range from playing a game with a strange goblin, finding a treasure chest, or even agreeing to become a vampire. What all these events have in common, however, is that almost nothing comes for free. Most upgrades will come at a cost, or at least a risk.

Choosing a path to fight elite monsters is more difficult, for instance, but the relics you gain as a reward are often worth it. Even at a rest point, you have to choose to either heal or upgrade a card, but you can’t do both. It’s a constant stream of decision making while the questions being asked of you often don’t present a clear best answer. Do you take the relic over the healing, even if that means you’ll acquire a more harmful curse? Will you risk the path with the elite on it so that you can reach the store afterwards, or will you take the route with more mystery events?

It’s a concept all games have to deal with. It’s a question of how to present the player with an upgraded power that doesn’t make them too powerful, or how to ensure the game isn’t impossible. Walking the line in-between isn’t always as easy as it sounds, and straying too far in one direction or the other can spell disaster for the game’s enjoyment. For many games a lack of balance means that there’s really only one true effective strategy that makes the game entirely one-dimensional.

There are a Dozen Different Ways to Play

Games like Slay the Spire are fantastic because they allow for a multitude of different strategies. I’ve completed runs using a dozen different strategies so far. Focusing on building my strength and hitting hard, or focusing mostly on building up block and survivability, or focusing on poison damage just to name a few. And I lose as well, because it doesn’t always work out. I get too greedy and the higher risk doesn’t always pay off.

Think of FTL: Faster than Light, for example. It’s another great example of well-balanced risk/reward strategy. Do you focus on shielding? Or maybe weaponry? Or just let the drones do all the work? It’s all viable, but not perfect. The same is true for Dark Souls. Sure, the balance might mean certain builds are more viable than others, especially in PvP, but you can still comfortably play as sorcerer, a pyromancer, a swordsman, or any combination of those and a hundred other builds.

Often, developers will turn to RNG to force players to take on different strategies. There are different ways to do this, whether it means randomizing the enemies that pop up, or randomizing the abilities and powers the player picks up, it requires players to adapt. Its an exceptionally powerful tool and when used well it can do wonders for a game. To go back to Slay the Spire, the relics you manage to pick up in the beginning can often help determine viable strategies, and I’ve found that I often have the most fun and success when I try to build around them.

When RNG is badly implemented, though, it can spell disaster. It’s the main reason I quit playing Hearthstone. There was simply too much unchecked RNG that impacted the game. Smart strategy seemed to matter less and less to the point that even winning felt like pure chance. It felt unrewarding for me and ultimately led to me stop playing the game, and I’m not the only one.

With Hearthstone, the addition of new cards that were more RNG heavy also presented a balancing issue, but the addition of unbalanced content isn’t always related to RNG. Take a look at Yu-Gi-Oh! It’s not originally a video game, but it presents many of the same issues I see pop up with unbalanced additions. To summarize, Yu-Gi-Oh! has continued to add new elements to the original game. From Xyz to Syncro to Pendulum, they keep adding new rules.

In this case, I believe it’s done on purpose to encourage the purchase of new cards and add spice to their anime, but what it results in is a mess in terms of game balance. It makes old strategies so obsolete that you can’t even think to running them. The inclusion of Xyz and Syncro cards, completely nullify normal fusion monsters, for example. For me personally, it has taken a lot of the fun out of the game because it has over-limited a lot of viable strategies.

What Good Balance Should Be

Good balance should allow for many different strategies. It shouldn’t force players to play a certain way or make certain tactics obsolete. In games that are eSports, like Overwatch and League of Legends, there’s a good reason why changes are occurring constantly. They’re exceptionally complex and allow for wide variety of strategies, but that also means that any changes will have a severe impact on balance.

The recent addition of Brigitte has completely changed the Overwatch meta. It’s completely altered the way the game can be played, but in this case, it’s not necessarily a bad thing. Unlike the alterations in Yu-Gi-Oh! and Hearthstone, it hasn’t ruined the balance. It’s not perfect, of course, but it’s a positive addition. Certain strategies have become less viable, and there’s still tinkering to be done, but an addition like this one has added more variety in strategy than it has taken away.

All in all, balance is ultimately what often determines whether a game is even worth playing. Without it, reward systems in games feel hollow, games feel one-dimensional, and replayability plummets through the ground. While we always like seeing new additions to games, they must do with balance constantly in mind. Tip the scales too far one way and the whole set up can come crashing down. When it’s done well, though, we’re treated to brilliant experiences like FTL, Bloodborne, and Starcraft and that makes it all worth it.