RZELive, Epic Games employee who can be seen matching the artwork for the Graffiti man, which turns out was him! 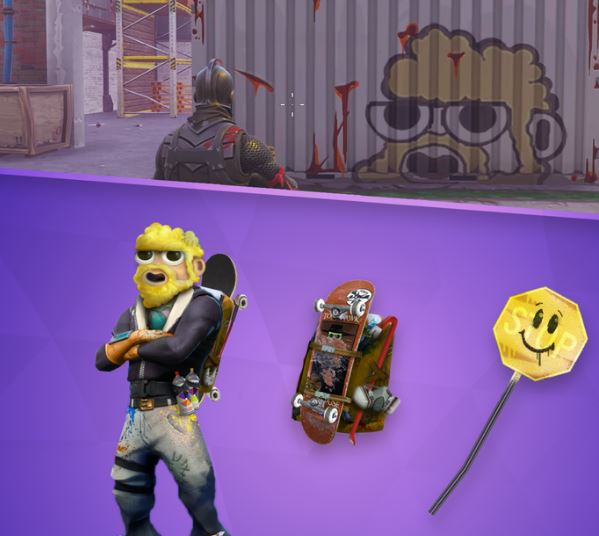 Many users saying that he should get a job at Epic Games!

However, an Epic Games Employee named RZELive showed up in the thread, and gave us a little background on the character.

Comment from discussion [Skin Concept] The person responsible for the graffiti seen around the map.

Reddit user klausfist had apparently designed a cartoon based on RZELive, clearly mimicking his messy, curly hair, and his big hairy beard.  I’d say the cartoon is spot on and hilarious.

How awesome.  Thanks for sharing RZELive, it was a good laugh, and we find it awesome you can add inside jokes to the game, as long as you keep letting us know the origins.